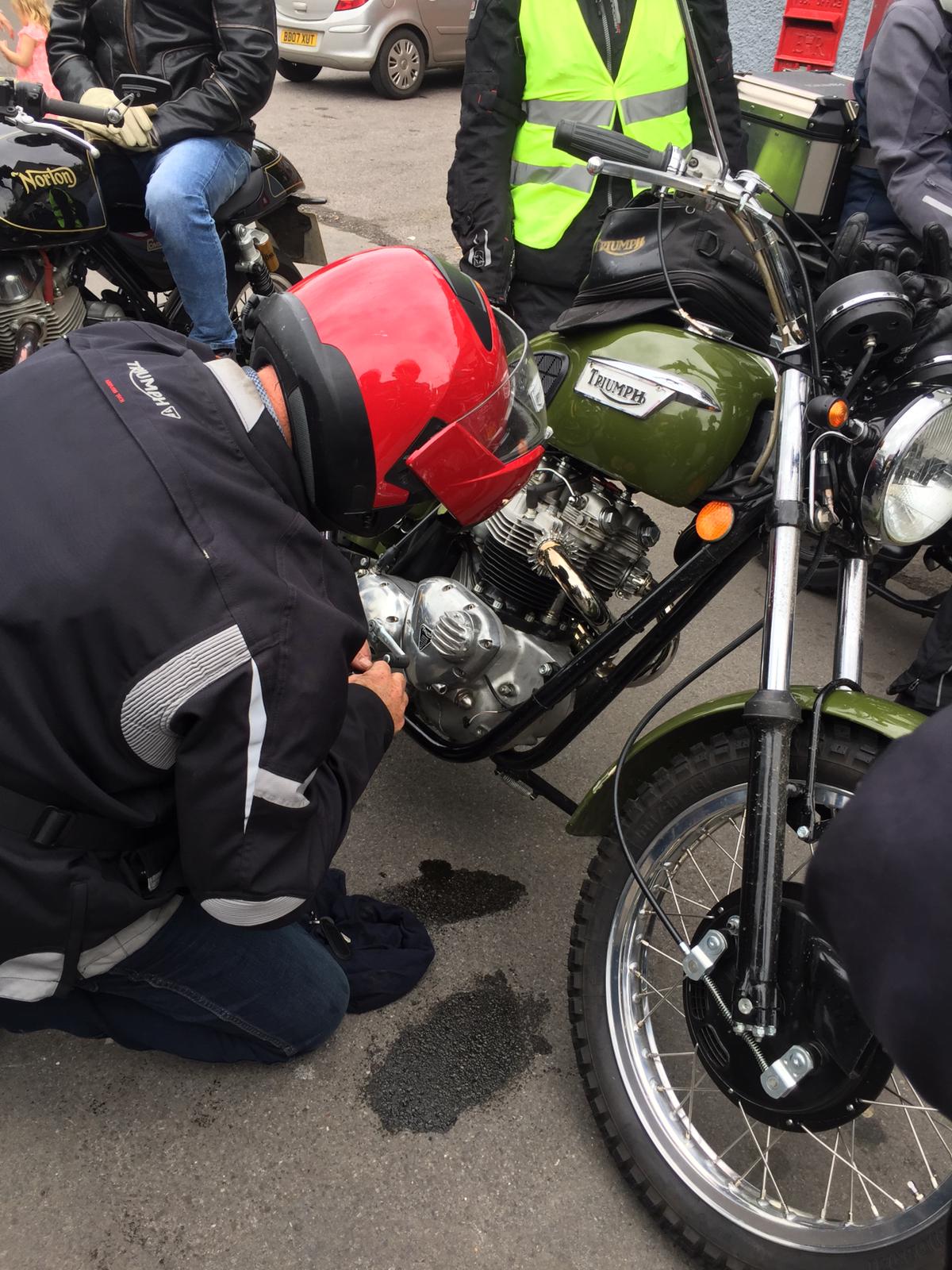 This was our first ride-out of the year.
Ten bikes led by Martin left The Beehive in Bradford on Avon to enjoy a nice twisty ride to Cheddar Gorge, approx 30 miles away. We all managed to keep together, and with John and Pat as our tail end Charlie we arrived safely and parked up. Some went for a coffee, others just enjoyed the unexpected sunshine. We agreed to meet up again after a short break, as rain was forecast. Unfortunately as we were about to leave John discovered an oil leak on his classic Triumph Tiger. Despite the best efforts of a roadside repair, this could not be fixed. The RAC were called and the rest of us were instructed to leave. Adie led us safely home, and the promised rain did not arrive. Later on John and Liz arrived back on their bike, the RAC having excelled themselves by sending a repair man who was a classic bike enthusiast who just happened to have a spare oil switch for a classic English bike! A big thanks to Martin, Adie, John and Pat for a great ride-out.